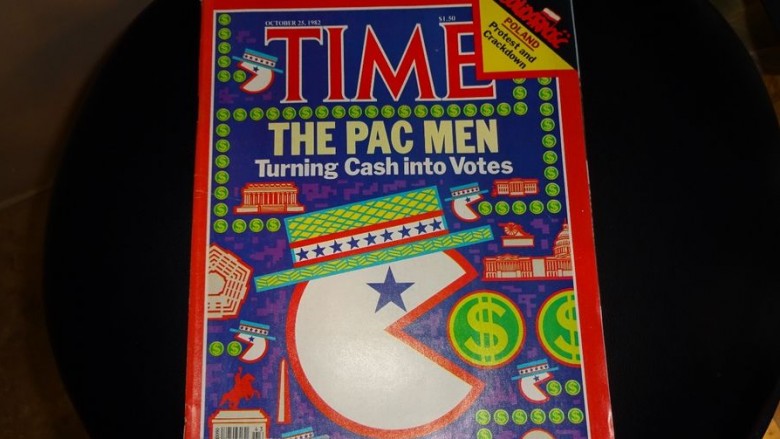 After the first Pac-Man arcade machines started appearing in 1980, it only took the game two years to become mainstream enough to be put on the cover of Time Magazine, which was a much bigger deal in the 80s. Even though the cover was a plug for an article about the wrongdoings of Political Action Committees aka PACs, it showed just how ingrained in public consciousness the game had become.