There is no shortage of controversy every time a new Resident Evil game launches. That is especially so for Resident Evil: Operation Raccoon City because it tried something new.

Say what you want about the game, but everyone loves HUNK, so the USS Wolfpack guys look more than badass enough to hang on your wall. 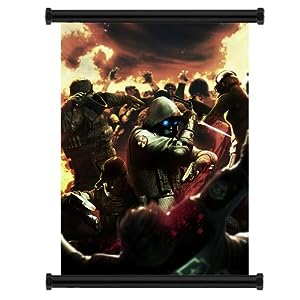