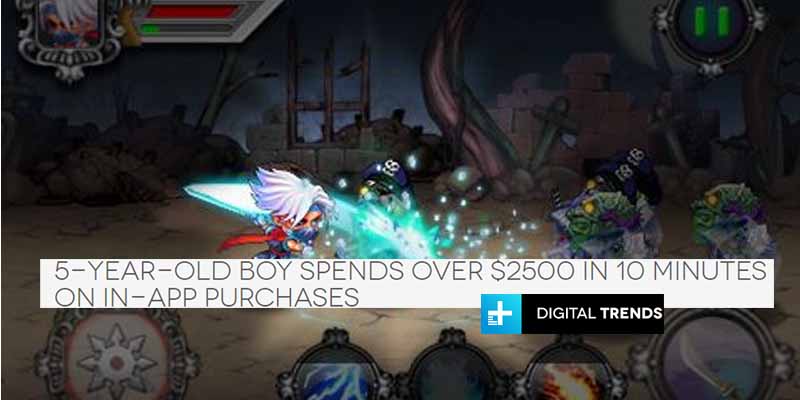 $2500 isn’t that much compared to most of the bills in this list, but 5-year old Danny Kitchen of Warmly, England spent that much in only 10 minutes of playing Zombies vs Ninjas and buying packages of virtual keys, ecstasy bombs, darts, and other power-ups. Luckily, Apple refunded the unwanted purchases after the Kitchens made the report. As for Danny, he learned his lesson. He said, “I was worried and I felt sad. I was crying. […] I’m not sure how I did it, I thought it was free. I’m banned from the iPad now.”