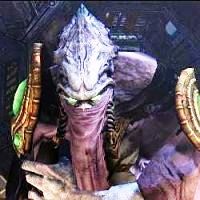 Agent Heck is far from your average suit and sunglasses CIA operative. He’s annoying, he’s obnoxious and he’s as hillarious as psychotic alleged secret agent sidekicks get. He tortures his “friend” with a bottle of cleaning solution for the location of his lost keys and fires a heavy chaingun from a speeding subway car as a “subtle distraction”. There’s very little doubt that Stan Smith wears Steven Heck pajamas at night.

Only thing that would make him better is if we actually saw him do something like drive a 10-speed bike frame through someone’s torso, like his dossier implies. Were SEGA and Obsidian savingthat for a sequel perhaps? Unfortunately, after Alpha Protocol’s underwhelming sales, we’ll never know.