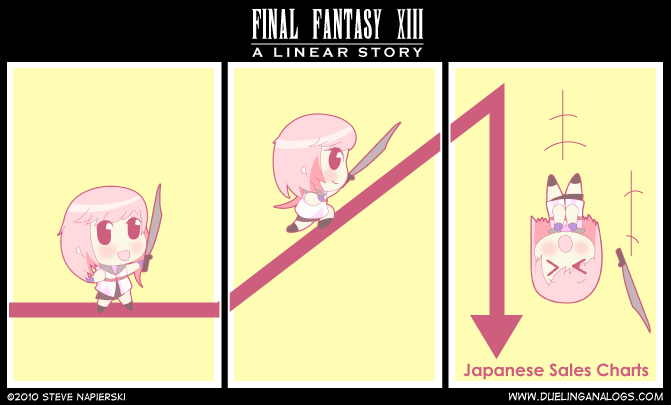 Linearity is hard to call innovation, but it was a first for the Final Fantasy series in Final Fantasy XIII. Sure, it’s hard to tell a good story when there is too much freedom, but the freedom is what contributed to the success of Final Fantasy every bit as much as the story, if not more so.

Final Fantasy VIII’s story wasn’t all that great, but it’s still a classic thanks to the freedom and the junction system which let us customize the characters any way we wanted. Final Fantasy XIII does get batter later on, but that’s no excuse because if the game fails to keep the player’s attention until then, that can only be blamed on the developer.